Asserting the Right to Be Heard 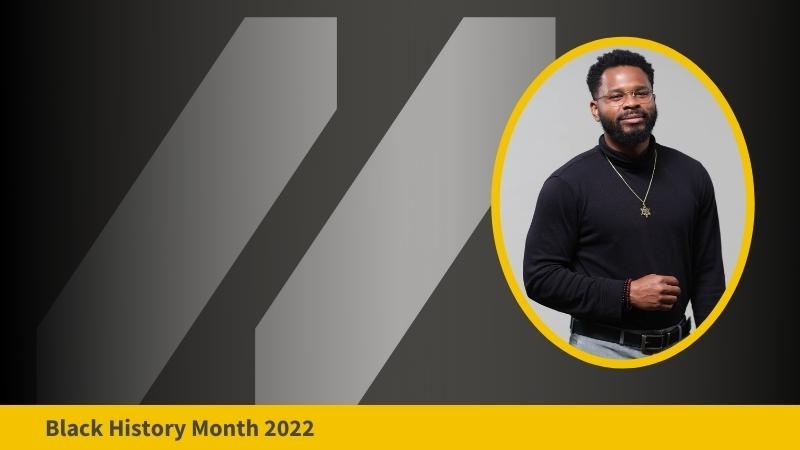 One of the privileges of being a second-generation, Black college student is an exposure to a capacious world of different cultural experiences, filled with the work of some of the great activists, authors, dignitaries, and historians who share the same background and identity as me. The access I had to these works set the stage for my success as a student some 30 years later. Many of the readings assigned by my professors at Michigan State University — the same institution my mother graduated from — were from books I had already read and had critical discussions about in my household as a teenager.

In my annual contributions to the MCAN blog for Black History Month, I’ve often referenced my connection with Richard Thomas, the professor at MSU who had the biggest influence on my development as a Black, male thinker during my time as an undergraduate. His ethos to always value history above rhetoric, personal opinion, and cultural biases is a core belief I strive to apply to everything that I contribute as AdviseMI expansion coordinator and within the community at large.

It was through his courses that I was encouraged to read the work of Audre Lorde, whose contribution to African-American feminist thought still reverberates through our culture today, as a new generation of Black students are fighting for an equitable, peaceful world in which to exist and thrive. One of her quotes, found in her nonfiction book “The Cancer Journals,” has found itself stuck in my head ever since the beginning of this year’s Black History Month:

Your silence will not protect you.

I walked into February 2022 carrying a burden on my back, one shared by many Black professors, teachers, counselors, scholars, and students, knowing that this month, designed to elevate and center the efforts of Black people, is the illusion of a safe space. By the month’s end, even while celebrating the conversations and events I was able to organize and host, I felt drained from the considerable stress of bringing them into fruition. After a year of being told by numerous politicians, CEOs, and company leaders that their Black colleagues were “seen” and “heard,” I witnessed a disingenuous swell of condemnation against schools teaching “critical race theory,” where any serious conversation about racial inequity could be dismissed and attributed to a singular boogeyman threatening to disrupt the civility of our country. This creates a paradox in the world of education, because Black History Month would have little reason to exist if actual critical race theory, including the ways Black history has been suppressed or ignored in academic settings, was more widely taught.

The distressingly small number of Black voices in the field of education should be protected as if they are endangered, but even the most well-meaning institutions often fail to support their employees when they dare to step out of their designated role and speak out about cultural discrimination. That numerous stakeholders are willing to eschew those perspectives, despite investing money in programs whose core beliefs and value statements reflect a mission to provide resources for students of similar backgrounds, speaks to how precarious the commitment to equity can be when those voices are compromised.

Ultimately, my inspiration to spotlight the young voices within AdviseMI — in this specific instance Black voices, but also thinking of other marginalized identities — is guided by Audre Lorde’s call to action. Silence is the one way we know the work will fail, but it is also hard to exist on an island, isolated, when advocating for the right of expression, often balancing that with skepticism from peers who question if there is any value — or even safety — in sharing their opinions. This is critical when factoring in the true spirit of the Black History Month, knowing how many Black voices have been worn down over time, as the rhetoric of creating equitable spaces far outpaces the actual development of these spaces.

Black History Month persists as an opportunity to radicalize the way we serve students in our communities, and I am thankful for those who continue to assert their right to be heard. I’m also thankful for those in the community who stay silent while working hard every day to ensure, through their actions, that our students have a greater opportunity to pursue the education they deserve. But to create long term progress, we can’t let silence be their only protection.