Say it White: An Opinionated Meditation on Code-switching

In season one of Issa Rae’s “Insecure,” Molly takes an intern under her wing at her firm’s office. A heavy-handed iteration of the sassy Black girl archetype, the intern sweeps through the office in a flurry of long-winded “girrrrrl”s, whoops, and brash lip smacks. Unfortunately, she’s released from the firm for failing to “adjust to [its] culture” — a corporate-dressed dismissal for being too Black in the workplace. For those of us finding our inner Maya from “Girlfriends” oozing from our workplace alter egos, here was the gleaming buoy bobbing in the ocean and screaming with lurid, capital orange letters, “Don’t do it!” Tracing a similar contour brings us to Boots Riley’s 2018 film “Sorry to Bother You,” in which a Black telemarketer works under the guise of a white voice to climb the rungs of an antagonistically white corporate ladder. Themes of Blackness being policed and scrutinized permeate our cultural artifacts and often arrive, in a screeching halt, at the conclusion that Blackness has no place in the professional world. This ushers in the widespread utilization of code-switching: an invaluable tool tucked away in the utility belt of both ordinary and extraordinary Black folk.

For non-Black folks, code-switching is the oratorical machete in the formidable jungle that is the predominantly white professional sphere.

It may feel similar to the moment a “Scooby Doo” villain’s mask is ripped away — a clever sleight of hand. But it’s imperative to understand that the nature of code-switching isn’t insidiously rooted in deception; it’s a conduit that permits access to an otherwise inaccessible space. The ability to oscillate between codes indicates a cognizance that acceptable language in the workplace is yoked to language that is standardized and inherently white. As novelist and critical theorist Zadie Smith posits, code switching is the exotic garment one drapes over their body and flings off when they choose to. Its dazzling sequins, dividing into constellations and slick velvety fabric, lend access and agency to Black folks in the corporate sphere. It works … for now. Though eventually, we’ll need to stumble upon the rumpled edges of the argument that Blackness and professionalism don’t need to be presented as diametrically opposed — they can (and should) waltz freely without the oppressive hand of language that demands Black acquiescence. 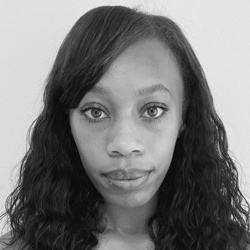