Jahshua serves as the program supervisor for the Metro Detroit region of AdviseMI. In his role, he focuses on the supervision and development of 15-20 full-time college advisers while managing partnerships with partner schools.

Jahshua has worked in the field of youth development for more than ten years, serving as a behavior specialist for Highfields Inc., and former program director for the All of the Above Hip-Hop Academy's after school program, leading up to his current role with MCAN as of 2018.

Jahshua earned a Bachelor of Arts in broadcast journalism from Michigan State University in 2008. His road to college was paved by his mother, a Michigan State alumna, who instilled a college-going culture in his home since birth. A strong network of professors and peers and shared cultural experiences made his years at MSU one of a kind.

Jahshua has had a long sustaining career as a hip-hop artist and regularly performs around the Midwest when not at work. 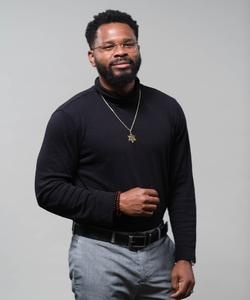