Through postsecondary education, London discovered her passion for helping others become the best versions of themselves, which in turn inspired her to earn bachelor’s and master’s degrees in social work from Ferris State University and Wayne State University, respectively. Though London is a first-generation college student in her immediate family, the importance of postsecondary education was emphasized in her household from an early age. She could not foresee the challenges that would lie ahead, but she seized the opportunity to break generational barriers and pave the way for herself and other family members to succeed. As an advocate for postsecondary access, readiness, and success, London has made it her mission to help others break down barriers to postsecondary education.

After graduating from Ferris State University, London pursued work in the field of college access. She served as a college adviser for Zeeland Public Schools through a partnership with MCAN and Destination Education. London then transitioned to working with Boys Hope Girls Hope of Detroit as collegian support specialist, where she assisted college students in their pursuit of postsecondary completion. While there, she began a three-year tenure as college counselor at Detroit Cristo Rey High School. London received national recognition from the Kresge Foundation and statewide recognition from MCAN and Gov. Gretchen Whitmer for outstanding FAFSA completion rates.

In her spare time, London enjoys spending quality time with family and friends, participating in Painting with a Twist, discovering new restaurants, traveling, and giving out thank you cards to unsuspecting recipients. 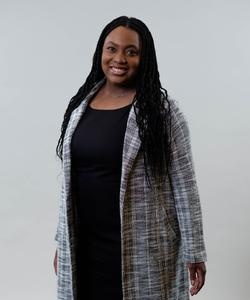