As assistant director for the College Completion Corps, Zack carries out supervision, guidance, and development of the program's coaches. In his work with our campus partners, Zack will ensure coaches are prepared to support students in their journey to obtain a postsecondary degree.

Zack attended three different community colleges, which were critical to his degree attainment. He enrolled at Wayne County Community College District, Henry Ford College, and Mid Michigan Community College. It was through these transitions that Zack learned about the transfer process and found a passion to help students navigate their postsecondary path. He completed his Bachelor of Science degree in secondary education at Central Michigan University, where he was involved in campus groups such as  Orientation, Admissions, Alternative Breaks, and the Leadership Institute.

After earning his bachelor's degree, Zack taught middle school science south of Detroit. He then enrolled in MCAN's AdviseMI AmeriCorps program and served as an adviser at Lincoln Park High School. Following his year of service, Zack earned a Master of Arts degree in student affairs administration from Michigan State University. While attending MSU, Zack advised student government, served as a program coordinator for Alternative Spartan Breaks, and completed an internship with MCAN.

Following graduate school, Zack worked as an academic success coach at Lansing Community College. In this role, he coached a diverse range of students including Lansing Hope and Promise scholars, Early College students, and students in the arts programs. Supporting students and guiding them is personally and professionally rewarding for Zack, because he knows the relationship between mentorship and student success.

Outside of work, Zack enjoys spending time with his dog, going for walks in parks, and playing video games. He enjoys traveling to see new places, especially in Michigan. 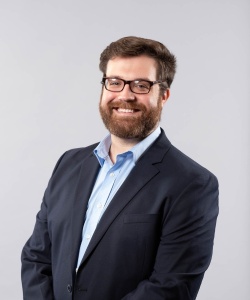