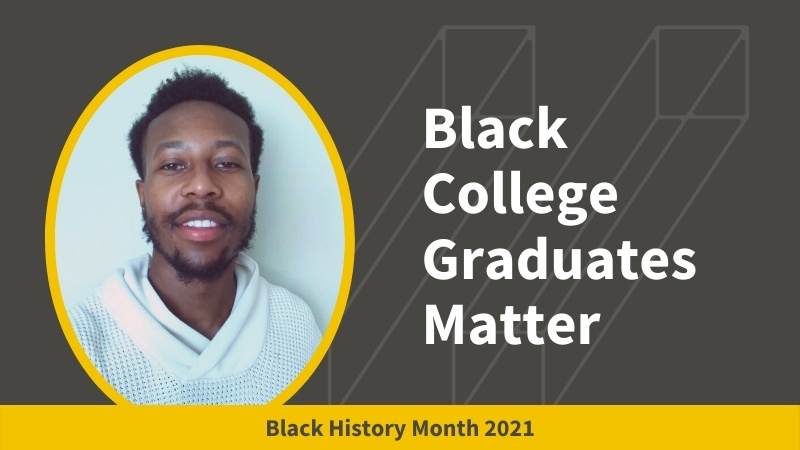 Each February during Black History Month, our nation commemorates historical figures who have fought for human rights, strived for equal opportunities, and paved the way for future generations. While it is imperative to reflect on past contributions to properly understand today’s world, it is equally important, if not more so, to highlight present-day movers and shakers who play a tremendous role in shaping a better future for Black students.

The fight to gain the college access that Black people have today has taken centuries to achieve. According to the Journal of Blacks in Higher Education, between 1823 and 1828, only four African-Americans had attended and graduated college in the U.S. “Before the end of the Civil War [in 1865], approximately 40 blacks had graduated from colleges and universities, all of which were in the North,” the journal reports. “At the time of the Harlem Renaissance in the 1920s, about 10,000 American blacks — one in 1,000 — were college educated.”

A century later, the importance of attaining a four-year college degree has greatly increased as the economy has transformed from an industrial world to a global, technological society. On average, college graduates tend to earn more over a lifespan than non-graduates, while also experiencing greater career stability and more options. Furthermore, jobs that require just a basic high school education are beginning to shrink as corporations move toward automation.

Those early black college graduates certainly sowed powerful seeds for future college grads to reap. The first example of what today we call historically black colleges and universities (HBCUs), Cheyney University of Pennsylvania, was established in 1837. Today, there are 107 HBCUs across the nation, with well over 228,000 students attending those institutions.

For many Black students, HBCUs are a different education than anything they’ve experienced up to that point. David Wilson, who graduated from Morgan State University with a Bachelor of Science in journalism, is now the regional program manager of the Y-Positive Play Initiative for the YMCA of Metro Detroit. I was eager to talk to him about his HBCU experience. He says that his time at Morgan State was “literally the best time of my life.”

“There were a lot of different things that led me to make the decision to attend an HBCU, such as the rich history, the way Black culture is celebrated so genuinely, and most importantly, how everything about my environment helped prepare me to succeed in wherever life took me,” Wilson said. “The sense of family, the alumni community, and the campus experience were just pluses. Although it is great to be in a place where you are a part of the majority instead of a minority, HBCUs are also more diverse than people think. I was able to meet people from all over the world.”

Wilson went on to say that he “was able to meet lifelong friends, discover myself, and gain academic, professional, and personal skills that have helped me throughout my career and life. Whether it be the students, professors, or administrators, it feels like you're a part of a big family. You are constantly surrounded by Black excellence from the past, present, and future.”

During my interview with Wilson, I asked him what Black historical figure would he like to meet and why.

“I would choose Colin Kaepernick,” he answered. “The way he put everything on the line by kneeling during the national anthem to draw attention to the wrongful oppression of Black people and people of color across our country was incredibly brave and powerful. When you think of other historical Black figures, especially from the Civil Rights Movement, to my generation and many to come, Kaepernick will be remembered as a modern day Rosa Parks or Muhammad Ali. He stood up for what believed in and didn’t waver in the face of resistance. That's something that we can all learn from.”

Black graduates have very different experiences, depending on their college choice and field. Alex Foster graduated from Oakland University with a Bachelor of Science in mechanical engineering. He now works as a mechanical engineer at Ford Motor Co.

“Being a college graduate is known to be one of the most secure and promising ways to earn a living,” Foster told me. “However, at my college graduation ceremony, I would estimate the Black population was less than 10 percent. I was proud to represent that percentage of Black graduates to help perpetuate the image of Black success for the generation coming after me. I believe people replicate what they see, so in being a Black college graduate, I am setting a good example for the youth to follow in my footsteps.”

He went on to explain that “college is the one of the best growth opportunities you can have in life, because it forces you to leave your comfort zone. You are thrust into an environment where you are forced to make new friends, learn new things, and set yourself up for the rest of your life. Not only is everything around you new, but you find out who you are internally. Your self discipline is challenged, your priority assessment is developed, as well as your risk assessment.”

He also talked about how exposure to new ideas is an important part of the college experience.

“You are exposed to people from different ethnicities with different cultures and customs, more than what you may be exposed to in a predominantly Black neighborhood,” Foster explained. “Exposure can also come along with the opportunity to travel through student organizations. I got to travel to Illinois, Missouri, and Wisconsin through an on-campus organization while in college. These are things that broaden your horizon and prepare you to take on the world on a larger scale.”

During our interview, we also discussed which historical black figure he would have liked to meet.

“Malcolm X, because of how many phases of life he has been through,” Foster answered. “Malcolm was once a ‘gangster,’ had spent time in jail, and converted to a Muslim under the leadership of Elijah Muhammad. He became a minister and a prominent figure in the fight for human rights for Black people.”

Foster added that he “would be interested in discussing how [Malcolm X] views events of the 21st century, such as the Obama and Trump administrations, the current state of Black people, and how we can progress further. [Also] what he and Martin Luther King could have accomplished together, if not for their untimely demises.”

Black History Month gives us an opportunity to look back and reflect, as well as to look forward into the future. College was once viewed as a near impossibility for Black people. Today, it has become the most reliable way for Black people to improve their economic situations. The narrative for our community is changing each day. 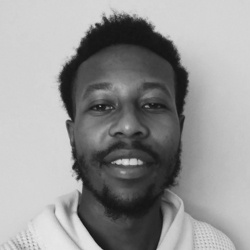