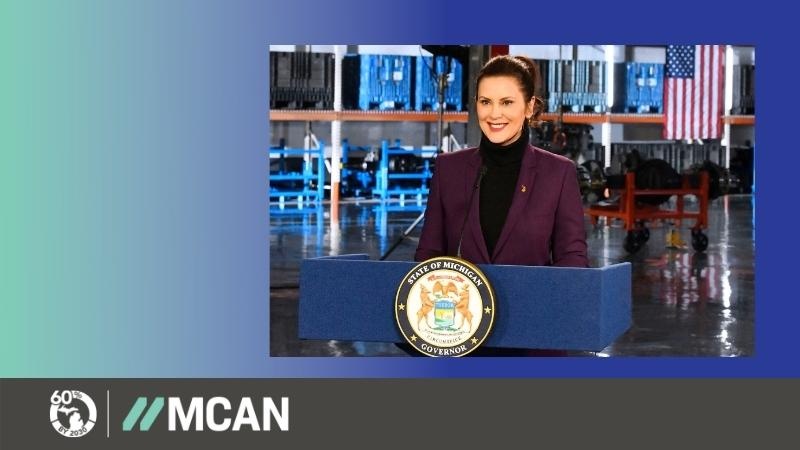 LANSING, Mich. — Earlier today, Gov. Gretchen Whitmer released a budget proposal for the 2023 fiscal year that demonstrates her continued commitment to Sixty by 30 and lays out a plan to grow Michigan’s economy by investing in students, educators and educational institutions.

In the high-priority area of college affordability, the proposed budget includes:

As part of a school aid budget that marks the biggest state education funding increase in more than 20 years and will address the challenges of staffing shortages in schools, the proposal includes:

To help reduce costs for students and limit annual tuition and fee increases, the proposed budget also includes a 5% tuition restraint provision for public universities. Continued funding at the level of $3 million is also included for MCAN’s college access work.

“Our state’s future depends on having a workforce that is ready for tomorrow’s jobs,” said Ryan Fewins-Bliss, MCAN executive director. “We are encouraged to see the governor’s proposed budget include sustained funding for Michigan Reconnect, an ongoing investment into our state’s community colleges and universities, and new support for teachers and students. Through the American Rescue Plan Act and our state’s unexpected budget surplus, we have a once-in-a-generation opportunity to lower barriers to college access for all of Michigan’s students — especially low-income students, first-generation college-going students and students of color. As budget negotiations begin, we encourage the legislature to prioritize postsecondary access and success, moving Michigan toward our shared Sixty by 30 goal and helping to build a brighter future for all Michiganders.”

Read the education recommendations for the proposed budget here.