Kiersten Nolan is an AmeriCorps VISTA (Volunteers In Service To America) who has been serving at MCAN since October 2020. As her service year comes to an end, we asked her to reflect on her time at MCAN and the projects she has worked on.

What initiatives have you been working on during your service as a VISTA at MCAN?

When I first started serving at MCAN, my focus was working with the Rapid Response Enrollment Task Force and making the ideas that came from the group a reality. I also assisted our staff in hosting webinars that focused on admissions and financial aid updates from colleges. Once we wrapped up the 2020-21 academic year, I transitioned into launching CAVA — College Access Virtual Assistant — our new chat bot created to answer anyone’s college going questions, and building out our Michigan Institution Updates website which has information on all 84 higher education institutions in the state.

As a result of the COVID-19 pandemic, college enrollment dropped dramatically. In Michigan, undergraduate enrollment dropped 9.2% from fall 2019 to fall 2020. Institutions were hit hard, and the traditional college-going steps for students were disrupted as well, especially for first-generation college-going students, students of color, and students from low income backgrounds. MCAN called on several groups with a stake in postsecondary education to form the taskforce and brainstorm solutions to the problems that both colleges and students were facing.

What were some of the highlights and impacts of the Rapid Response Enrollment Task Force?

The biggest challenge we decided to tackle was an inability of colleges and students to connect with each other. Admissions representatives couldn’t visit students, students couldn’t visit colleges, and colleges lacked student information to do outreach due to testing cancellations. In an attempt to bridge this gap, we requested student directory information for juniors and seniors from all high schools in Michigan to be shared with higher education institutions in the state. Outreach began in November 2020 and continued through the end of the school year. At the end, we had collected information from 347 schools, totaling 87,250 students — a resounding success and a delightful surprise to everyone involved. We also created a student opt-in survey open to all high school students that allowed them to self-report their information. Not only did this collect their contact information, but it also asked about their academic performance and interests, allowing for a more holistic view of the student. We closed this out at the end of the last academic year with a total of 2,150 responses. One of my favorite things about the survey is that the information the student gives is completely voluntary — if a student felt like their GPA might affect colleges reaching out to them, they didn’t have to provide it. It really gave us the opportunity to center the students and make them comfortable. A total of 45 colleges and universities accessed and utilized the information we collected.

As successful as these initiatives were, there was also a lot of rejection, which became discouraging at times. It’s easy to second guess yourself, but one day I received an email from someone at the New York City Department of Education saying that they had been following MCAN for a long time, read about what we were doing with the task force, and wanted to meet to learn about how we were doing the work we were doing with that group. We didn’t do this work to get recognition, but it felt nice to be acknowledged outside of our state as a potential model for others to follow. This was definitely a highlight of my service year.

What have you learned from your time working on the Rapid Response Enrollment Task Force and, more broadly, with the MCAN team as a whole?

Aside from learning about the behind-the-scenes side of higher education, the biggest thing I learned was how to have confidence. It was very intimidating going into task force meetings with a group of professionals and feeling like they knew everything, while I was completely new and had so much to learn. Over time, I learned to feel confident in these rooms and take pride in my work. We were building the plane while flying it, and no one else was taking the steps to mitigate the enrollment crisis like we were. I feel very privileged to have been in the room with these people, to learn from them and, in a way, be mentored by them. I’m proud of what we were able to do to serve the students of Michigan in a time of crisis. 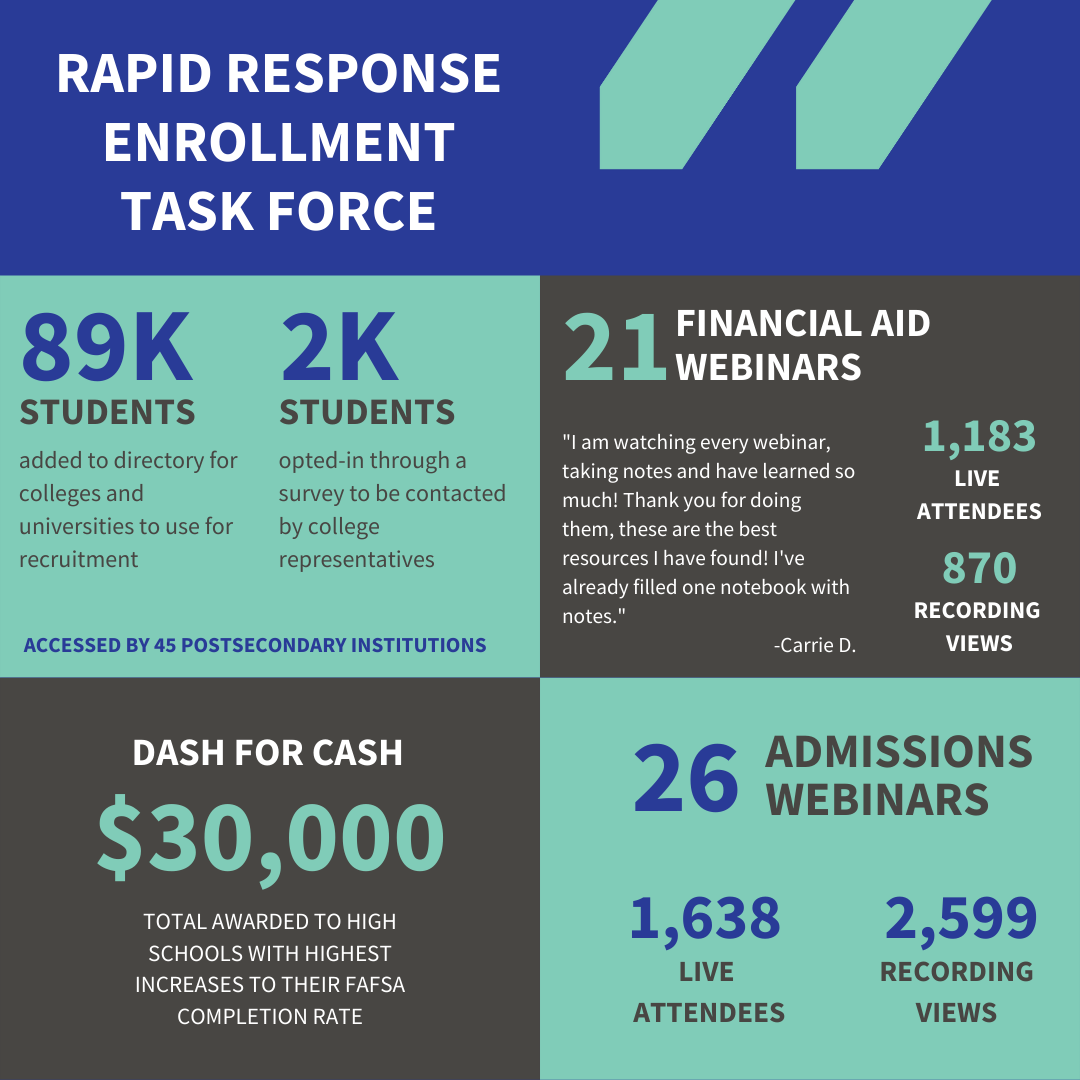 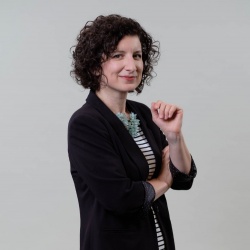