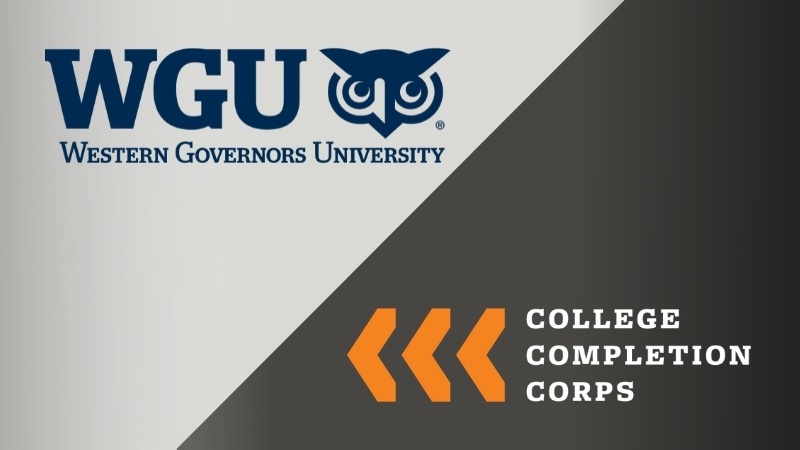 LANSING, Mich. — Michigan College Access Network (MCAN) has received a $5,000 sponsorship from Western Governors University (WGU) to support MCAN’s College Completion Corps program. College Completion Corps comprises 23 AmeriCorps members who are placed at 18 college campuses across Michigan. The members serve as completion coaches, working with a campus-defined cohort of 100-150 students who are first-generation college-going students, low-income students and/or students of color, with a focus on college persistence and completion.

The sponsorship from WGU will be used to support professional development for the completion coaches and to purchase supplies for student workshops or other group activities. WGU will also collaborate with participating campuses to offer workshops on resume writing, interview preparation and other career readiness topics.

“We are proud to have the support of Western Governors University,” said Ryan Fewins-Bliss, MCAN executive director. “WGU is a leader in online higher education, and its commitment to student success makes it a natural partner in this work. As we push toward Michigan’s Sixty by 30 goal, we’ll need more flexible college pathways, especially for nontraditional students.”

Founded in 1997, WGU is a private, nonprofit, online university that is accredited by the Northwest Commission on Colleges and Universities. The university is based in Utah, but has regional schools in eight states, including Ohio and Indiana. It offers 31 bachelor’s degree paths and 36 master’s degree paths. Its competency-based model allows students to progress through coursework at their own pace on their own time, without the restrictions of traditional semesters and course schedules.

“At WGU, our mission is to change lives for the better by creating pathways to opportunity, and we believe that education is the great equalizer,” said Alison Bell, WGU regional vice president. “MCAN’s College Completion Corps program is an important partner in that mission. Additionally, MCAN’s focus on working with students from underserved populations and communities, one by one, until the day they complete their degree programs aligns with WGU’s core value of providing an affordable, flexible, high-quality education to all. We are thrilled to contribute to this important initiative and look forward to continued collaborations in Michigan.”

Established in 1997 by 19 U.S. governors with a mission to expand access to high-quality, affordable higher education, online, nonprofit WGU now serves more than 121,000 students nationwide and has more than 186,000 graduates in all 50 states. Driving innovation as the nation’s leading competency-based university, WGU has been recognized by the White House, state leaders, employers, and students as a model that works in postsecondary education. In just 23 years, the university has become a leading influence in the development of innovative workforce-focused approaches to education. WGU is accredited by the Northwest Commission on Colleges and Universities, has been named one of Fast Company’s Most Innovative Companies, and has been featured on NPR, NBC Nightly News, CNN, and in The New York Times. Learn more at www.wgu.edu.